Yes, my dear. There is a parade in Paradise!

There has been a lot of concern in the past six weeks as to whether or not there will be a fourth of July parade in Paradise. All of the community can rest assured.   Yes my dear. There is a parade in Paradise, July 4, 1:00 PM starting at the blinker light located on the corner of M-123 (the Tahquamenon Scenic Byway) and Whitefish Point Road.


July 4 is a grand holiday throughout the United States. In Paradise, July 4 is culture-rich tradition that has blessed so many families and has been included in so many summer plans for several decades.  As a small community, Paradise is conveniently located at the southwestern edge of Lake Superior's Whitefish Bay.  Many people travel to the eastern Upper Peninsula for their summer vacation to enjoy the sights and sounds of the mighty Tahquamenon River, and to escape the heat that tends to settle across the county in July.  Many people are amazed at the Fireworks show held at the Whitefish Township Community Center at dusk.  How could such a small community put on such a grand show!  Well it is the 4th of July and the folks in Paradise are more then pleased to celebrate the birth of the nation!


The July 4th Festival in Paradise begins with Breakfast, 7:00 - 11:00 AM. We are talking the full meal deal: pancakes, sausages, scrambled eggs, biscuits and gravy, coffee, and juice, prepared and served by our Whitefish Township EMT's.  Breakfast is a free will donation, so please give freely.

The parade begins at 1:00 PM at the blinker light.  This year the parade is being sponsored by RE/MAX NorthStar Realty.  Garth MacMaster Jr. has been involved with the Paradise community for years, and recognizes the heritage and value of the parade to the community, he encouraged his associates, Randy and Leslie Kooienga (Outstanding Agents, Outstanding Results), in coordinating the parade.  If you have any questions about entering your float, or participating in the parade, just give them a call at 906-492-3513.  When asked by this writer whether RE/MAX NorthStar Realty would have a hot air balloon in the parade, Garth stated that it may be a possibility! 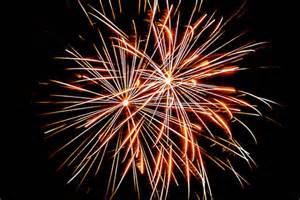 In preparing for the Fireworks, the Paradise Area Chamber of Commerce is organizing a bevy of exhibitors offering food and snacks at the community center from 5:00 PM - 9:00 PM.  A popular bake sale will again be hosted by the Paradise Area Community Foundation, and several organizations will have exhibits at the center as well.  If your organization is interested in setting up a display, contact PACC member, Rick Bicknell in claiming a space, 906-492-3219.  Don't miss Music On The Bay's FREE concert that begins at 7:00 PM and runs through 9:00 PM.  A south eastern Michigan based country/rock trio, Seven Bridges, kicks off the 2016 Music on the Bay season. Check the 2016 schedule at www.MIMusicOnTheBay.org.